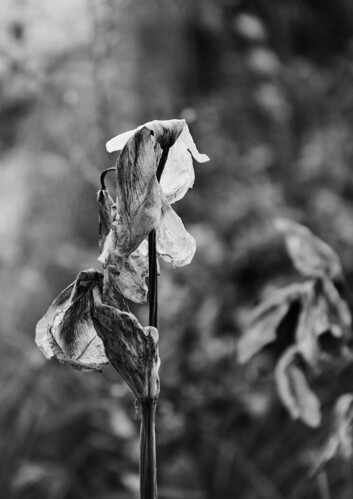 Last Saturday night, I was out for dinner with an old friend who was visiting from out of town. It was a typical Saturday night at the end of an even more typical week. I’d gone from one weekend to the next without even realising that a whole week had gone by – going from one thing to the next; trying to cross as many tasks off a to-do list as possible; scheduling in new appointments while waiting for Melbourne’s notoriously unreliable trains. Even dinner at a new restaurant seemed old and familiar – I’ve come to know this city like the back of my hand.

But then, I received a call from home that violently pulled me out of my comfortably predictable, routine-filled world in a second – a family member had passed away. In the hours and days that followed, I found myself in unfamiliar territory.

Death isn’t generally something we – as humans – tend to think very much about until life forces us to by confronting us with the reality and inevitability of death. Following that phone call, I rushed to cancel all my appointments and to catch the earliest flight back home. Much of the next 84 hours was spent shuttling to and from airports, waiting to board flights and trying (unsuccessfully) to get some sleep in between the turbulence and captain’s announcements. These long, empty hours and my need to make sense of a very emotional situation forced me to do something that I’ve realised we – as a society – simply don’t do enough: contemplate death.

“… abandon thoughts of nonexistence and death”

By way of a disclaimer, I must state that contemplating death, the way I understand it, is entirely different from sitting around fixated by the thought of an inevitable end and paralysed by feelings of hopelessness. ‘Abdu’l-Baha warns against the futile preoccupation with death that leaves us despondent and weakened:

The conception of annihilation is a factor in human degradation, a cause of human debasement and lowliness, a source of human fear and abjection. It has been conducive to the dispersion and weakening of human thought, whereas the realization of existence and continuity has upraised man to sublimity of ideals, established the foundations of human progress and stimulated the development of heavenly virtues; therefore, it behooves man to abandon thoughts of nonexistence and death, which are absolutely imaginary, and see himself ever-living, everlasting in the divine purposes of his creation. ‘Abdu’l-Baha, The Promulgation of Universal Peace

Such fears of death, which ‘Abdu’l-Baha describes in such strong terms as being detrimental to our spiritual health, come about from an understanding of death simply as the body’s physical demise. In order to overcome these fears, we need to reconceptualise death such that its ultimate insignificance in our spiritual existences becomes more and more apparent to us.

However, reflecting on the nature of our physical lives has, in my opinion, an important part to play in our attempts to bring ourselves to account each day. I’ve always found it telling that a whole third of the very first book in the Ruhi series, Reflections on the Life of the Spirit, deals with the topic of life and death. The note to the collaborators at the beginning of the book states:

The theme of life and death has been included in the first book of the Institute’s program because it is considered essential for the participants’ understanding of the paths of service they will choose to follow. Service in this world has to be understood in the fullest context of life which extends beyond our earthly existence and continues forever as our soul progress through the worlds of God.

It’s a simple, yet profound truth. Without understanding death, we can’t truly understand life. Death realigns our lives, making us question our choices and the things we choose to spend our time and energies on, as well as highlighting the importance of our spiritual lives.

Death: Life at its Fullest

We tend to see life and death as opposites; death as the lack of life – it’s end; finality; an expiration date, almost. Over the course of the funeral, many well-intentioned friends offered me the usual platitudes associated with death, referring in a vague manner to concepts of salvation, heaven and paradise. But these platitudes ring hollow and do little to console those left behind because they speak of the afterlife as something wholly unconnected to life and serve only to focus our attention on the fact that the deceased – as we knew them – is no more. Talking about life and the afterlife as two distinct and unrelated realms of existence does little to make death seem less tragic and final.

The Baha’i Writings describe death not as the end of life but as the beginning of a new stage in the infinite and eternal spiritual journey that a person had already started during their time in this world.

In the time of sleep this body is as though dead; it does not see nor hear; it does not feel; it has no consciousness, no perception – that is to say, the powers of man have become inactive, but the spirit lives and subsists. Nay, its penetration is increased, its flight is higher, and its intelligence is greater. To consider that after the death of the body the spirit perishes is like imagining that a bird in a cage will be destroyed if the cage is broken, though the bird has nothing to fear from the destruction of the cage. Our body is like the cage, and the spirit is like the bird. We see that without the cage the bird flies in the world of sleep; therefore if the cage becomes broken, the bird will continue and exist. Its feelings will be even more powerful, its perceptions greater, and its happiness increased. In truth, from hell it reaches a paradise of delights because for the thankful birds there is no paradise greater than freedom from the cage. ‘Abdu’l-Baha, Some Answered Questions

The Writings remind us of our spiritual reality. We are – as the old saying goes – not human beings on a spiritual journey but rather spiritual beings on a human journey. Life should not be understood merely as a finite period during which we walk this earth but rather as simply the beginning of a spiritual journey that begins in this world – in a limited, constrained form – and continues for all eternity. Death is merely the point of that journey at which the soul is finally released to take flight and soar to the higher station that it was intended for.

I have made death a messenger of joy to thee. Wherefore dost thou grieve? I made the light to shed on thee its splendour. Why dost thou veil thyself therefrom? The Hidden Words, Baha’u’llah