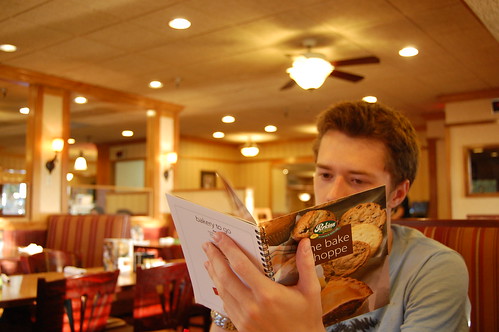 Healing the body with food

There is nothing in the Baha’i Writings to specify whether Baha’is should eat their food cooked or raw; exercise or not exercise; use specific therapies or not; nor is it forbidden to eat meat.But that’s not to say there is nothing about health or nutrition in the Writings. On the contrary, there’s actually a lot said – so much so that when I decided to write this post I was overwhelmed by its vastness. Having always been interested in nutrition, I decided that would be a good place to start.

The practice of medicine dates back to ancient times when plants were used as healing agents. Many sciences (including medicine) were revolutionised in the 19th century when the creative impulse of a new Revelation surged. Ground-breaking research was undertaken worldwide leading to a better understanding of disease pathology, public health, and infectious disease prevention. The first brain surgery occurred around the turn of the century and the idea of conducting ‘blind experiments’ was first suggested in the late 1800s. In 1928 Alexander Fleming, a Scottish biologist and pharmacologist discovered the first penicillin antibiotic.

At the same time these advancements in medicine were being made, Abdu’l-Baha told us that it is preferable to treat disease through diet.Even earlier, the Bab had said that the people of Baha should develop the science of medicine to such a high degree that illnesses can be treated by means of food.

The tendency among us is to feel that the Bab and ‘Abdu’l-Baha spoke of a distant future when humanity will be more advanced; but it has to start somewhere, and believe it or not, humanity is off to a great start!

Every year more than 35 million people die as a result of chronic lifestyle diseases. The World Health Organisation says that there are three common, modifiable risk factors that underlie all of the major chronic diseases: an unhealthy diet, physical inactivity and tobacco use. They further state that if these risk factors were eliminated, at least 80% of all heart disease, stroke and type 2 diabetes would be prevented; and over 40% of cancer would be prevented.

But what if you are already afflicted by disease?

Fortunately, we already know of ways of treating disease with food. From heart disease to diabetes, multiple sclerosis to cancer – your diet can and does affect the quality of your life, as well as the final outcome. How does this work?

‘Abdu’l-Baha explains that the body is made up of many substances, each contributing to a careful equilibrium. So long as they remain in their due proportion, there will be no cause for disease. If however, there is a disturbance in the balance of these elements, disease will ensue.

He goes on to explain that the physician must examine their patient carefully to identify what constituents are lacking or in excess, then wisely prescribe a food or diet that will remedy the imbalance.

Often it is imagined that the imbalances that cause disease occur as result of our genes or the outside environment – something out of our control. No doubt, to some extent that is true. However one cannot ignore the fact that just as the micro or milligrams of a drug compound can affect the body, so too can the many tons of food we shovel into our mouths year after year.

Why haven’t I heard of this before?

There are many reasons, one being that nutrition and dietetics is not always taught extensively in medical school. There is also little money in a therapy that doesn’t require someone to buy any pills, shakes, DVDs or exercise equipment.

Then there are many health professionals who believe people are not willing to make the necessary modifications to their diet to effect real change in their health (see The Huffington Post article What your Doctor isn’t telling you could save your life published in February this year).

How can I find out more?

As Baha’is we know that if we get sick we should not only seek medical treatment, but also seek out the best that we can afford. Therefore, I suggest you ask your doctor about the possibility of treating your particular ailments through dietary changes. If you are not satisfied with the response, why not seek out a second opinion? Investigate if there is a doctor in your region who is successfully treating patients with your particular ailment(s) with food, then see what they have to say.

Some medical physicians renowned for their work in the field of preventative medicine and treating disease through diet include (but are not limited to): Dr. John McDougall, Dr Neal Barnard, Dr. C.B. Esselstyn and the late Dr. Roy. L. Swank. You may also find the Physicians Committee for Responsible Medicine website of interest.

It’s always nice to have a few success stories to get motivated. There are over 75 success stories here from people who have successfully treated migraines, diabetes, multiple sclerosis, obesity and many more ailments using Dr John McDougall’s program (which is based on a whole food vegetarian diet). There are also more MS-based stories on the Swank MS Foundation website.

For more information on cancer and diet, check out the World Cancer Research Fund/American Institute for Cancer Research website. I would also highly recommend reading The China Study by Dr. T.C. Campbell.

A lot of the findings on diet and disease will require you to make major changes in your diet. Some people can do this successfully in one go, but many people (myself included) will need to work on this every day making small progress along the way. Whatever personality you are, what’s probably most important is that you don’t give up – after all, nothing worth doing is easy.