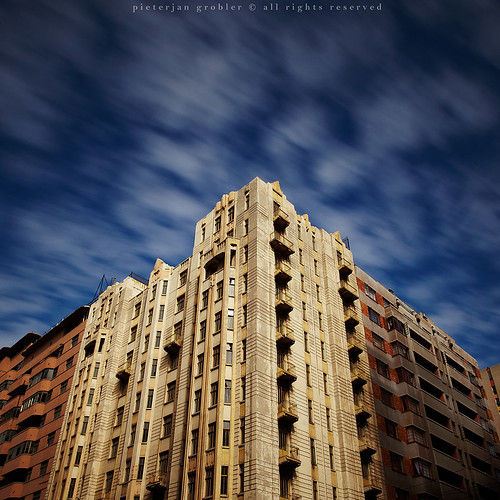 It’s certainly been an exciting weekend!

Around the world, on May 22, Baha’is celebrated the anniversary of the Declaration of the Bab. The Bab was a Messenger of God whose mission was to prepare humanity for the message of Baha’u’llah. The story of the Bab’s life and mission is dramatic and emotion-stirring – filled with persecution, difficulty and, ultimately, triumph. The Bab foretold the coming of a Divine Teacher with a message even greater than His own. Although the Bab’s faith was a religion in itself, the Declaration of the Bab reminds Baha’is of the exciting and remarkable historical events that provided the context for the mission of Baha’u’llah.

The other remarkable historical event that happened this 22 May – or was meant to happen but didn’t – is one that has captured the imagination of many since time immemorial: the end of the world.

Okay, so May 22 has come and gone and the world looks very much the same as it did on May 21. Hilarity ensues.

Now, this isn’t the first time the end of the world has been predicted. Just in the past decade, the world was meant to have ended numerous times! I’m sure I’m not the only one with childhood recollections of solemnly explaining to my teacher that the reason I didn’t do my maths homework was because Jenny told us that the world was going to end and I really wanted to spend my last afternoon on earth playing on the swings – not mulling over long division.

But what’s interesting about this particular end-of-the-world prediction is that it’s not the first time in history that significance has been attached to May 22 as a date for the fulfilment of prophecies.

1844 marked the occurrence of a major historical event known as the Great Disappointment. In 1844, thousands of followers of Reverend William Miller, a Baptist preacher, climbed to the tops of mountains, expecting to be lifted into the sky as the biblical prophecies about the end of the world were to be fulfilled.

When the day came and went, Miller and his followers were left confused and disappointed. Hiram Edson, one of the Millerites, said of the event, which was later to be known as the Great Disappointment:

Our fondest hopes and expectations were blasted, and such a spirit of weeping came over us as I never experienced before… We wept, and wept, till the day dawn.

Many Millerites simply gave up their beliefs but William Miller persisted in his beliefs and died in 1849, still convinced that he was living in the end times prophesied in the Bible.

End of the world?

Baha’is believe that the prophecies foretold in the various religions were, in fact, fulfilled in 1844, in that small room in Shiraz, when the Bab declared his mission and began to prepare the people for the teachings of Baha’u’llah, saying:

I am, I am, I am, the promised One! I am the One whose name you have for a thousand years invoked, at whose mention you have risen, whose advent you have longed to witness, and the hour of whose Revelation you have prayed God to hasten.

The world didn’t end on May 22, 1844 with the fulfilment of these prophecies. Not literally, anyway. But the declaration of the Bab signified the spiritual revival of a world laid to waste by fanaticism and faithlessness.

Shastri Purushotma has an excellent article up on the Huffington Post about the Baha’i perspective on the end of days. He states:

The Baha’is have an interesting and different take on the end times scenario. Rather than expecting a Hollywood-screenwriter’s dream that will occur within 24 hours, like this coming Saturday, they instead see “the end of days” as the end of one major stage of history and the beginning of a new one. This is harder to sell to Hollywood, but easier to reconcile with basic common sense and a modest understanding of history.

Baha’is believe that this transition is happening right now and that we are living participants in it. Rather than in a 24-hour day, it will occur over a “day” of many generations.

It’s fascinating to read historical accounts of the followers of the various religions who were alive in 1844, eagerly anticipating the fulfilment of their religions’ eschatological prophecies. From a Baha’i perspective, the Great Disappointment should not have been a disappointment at all!

By looking at the divine prophecies with new eyes, one is able to understand their spiritual meanings. The “end of days” that we are currently living in does not signify an end of our physical existence on earth, but rather the transition that humanity is making – through a unified, collective effort – towards a new world order based on principles that embody the virtues of God: unity, peace, justice and love.

This new world order will be so radically different from the world that we live in today. Any attempt to imagine such a world but be drastically limited by our inability to conceive of what society looks like when humanity truly makes the collective shift and can fully realise the principles of unity and love.

And when this is achieved, God’s kingdom will – as foretold, for centuries, in the prophecies – have been established on earth.