Here at Baha’i Blog we’re passionate about the arts, and we love celebrating the diverse ways in which Baha’is and their friends around the world express the Revelation of Baha’u’llah through various forms of artistic expression.

During the recent global celebrations of the 200th Anniversary of the Birth of Baha’u’llah, we witnessed an exciting wave of artistic initiatives in all parts of the world to honor this special period in history, which the Universal House of Justice called “…the single greatest worldwide opportunity there has ever been for connecting hearts to Baha’u’llah”. 1

Inspired by “this special period in history” 1, a Baha’i in Austria named Arno Kerche decided to release an album called OMG. Most of the songs on OMG are based on the Baha’i Writings in German, and the style is grunge rock. Baha’i-inspired music in this genre is rare, and Baha’i-inspired music in this genre in German is even more rare, so I decided to get in touch with Arno to find out more about his story and how OMG came to be:

Baha’i Blog: Hi Arno, can you tell us a little bit about yourself and your musical background?

I am 27 years old and I work in the fashion industry. As a youth, I took up classes in opera music, but I quit my studies after some time because of health issues and because I did not feel quite comfortable with the competitive environment in which I was surrounded. At the same time, I sang in bands and tried to make people think about society with my lyrics. The music I made back then, however, was very different from what I do today: instead of provoking and accusing people, I now try to channel my creative energy and my wish is to make people aware of forces in society in order to do something more constructive and inspiring.

Baha’i Blog: Can you tell us a little bit about the album and why it was important for you to make it?

A few years ago, my wife encouraged me to take up writing songs again. I began working on the album after recognizing that there are only a few German prayers which have been put to music, in addition, I noticed that there hardly is any Baha’i-inspired rock music.

Baha’i Blog: What’s something that really touched you, or that you personally learned during the process of making the album? 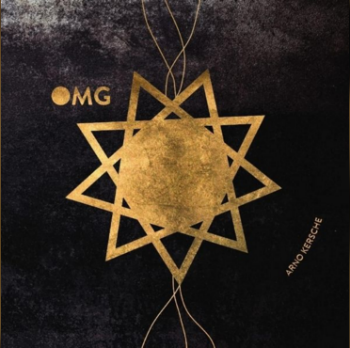 I was touched by the efforts and the team spirit among those involved. The most beautiful thing for me was to see how different people can work on the same subject with such concentration: Nicole Herb, who made the design with loving care, my wife, who supported me through the entire process, as well as my producer, Karim “ice” Bousbia, who treated me with more than just patience. Moreover, when I published my songs, I announced that all the money I would make with the album until the end of 2017 would go to the Baha’i community on the occasion of the bicentenary celebrations for the Birth of Baha’u’llah. Many people bought the album, among them was a number of friends who do not necessarily prefer rock music but who still wanted to support me and to donate to the celebrations.

Baha’i Blog: Were there any challenges that you faced when you put this album together?

Yes, indeed! It is a bit of a cliché, but the German language has a very different melody compared to other languages such as English. I have to take care that my songs don’t sound too rough or harsh, otherwise I have the feeling that I’d disgrace the beauty of the prayers.

Baha’i Blog: What do you hope listeners take away from your music?

I hope that my music can be one of the many, versatile and creative contributions to the number of prayers that have already been put to music and that like this, I can reach out to new people and give joy to them.

I would like to say thank you to my dearly loved Baha’i friends in Austria who continue to spread my music, and who help me to learn about what it means to write music based on prayers in German.

Baha’i Blog: Thank you so much, Arno, for taking the time to do this interview, and for sharing the story behind ‘OMG’ and how it came together!

You can listen to samples and purchase a digital copy of OMG, here: arnokersche.hearnow.com

I don’t understand German, but love the music!

Thank you so much Heather