Waters of Unity’ is a new album by Angela Bryan from Tasmania, Australia. 10 years in the making, the album is based on the Baha’i Writings, and was released in light of the 200th Anniversary of the Birth of Baha’u’llah which millions around the world are celebrating this year.

I decided to catch up with Angela to find out more about the album and the inspiration behind it:

Baha’i Blog: Hi Angela! Can you tell us a little bit about yourself and your musical background?

I love musical diversity, the creative writing process and collaboration with other musicians. This love is reflected in the music I write which ranges from choral through jazz to ethnic, folk and semi-classical.

My parents valued music and human diversity and passed on that love to me. While very young I learned to harmonise with my sister and sang in a choir. Later, I learned to play guitar and with our brother on drums, we formed a family group. As I gained confidence I began arranging songs for an acoustic group I formed with high school friends and we were contracted by the ABC to record for radio.

Since my 20s I’ve been a professional singer in bands, mainly with guitarist husband Adrian and have been writing music inspired by sacred Baha’i text for about 17 years now.
My choral singing has been enriched through my affiliation with Baha’i choirs over the years.

Baha’i Blog: Can you tell us a little bit about ‘Waters of Unity’ and why it was important for you to make the album? Also, what’s something that really touched you, or that you personally learned during the process of making the album? 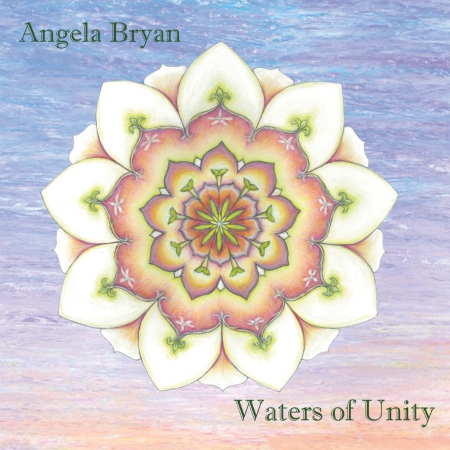 ‘Waters of Unity’ is my second CD. ‘Skylark’, the first, featured mainly jazz and pop standards and was also produced at home with husband Adrian. I’d been so inspired by the Writings of Baha’u’llah and his son Abdu’l-Baha over the years that I set some of my favourites to music. The tracks on this album have been recorded over a 10 yr period and reflect my spiritual growth over this time. Many have been shared, especially with my local community but also at National functions and internationally.

‘Waters of Unity’, the title track was written in commemoration of the opening of the Baha’i Centre of Learning in Hobart, Tasmania. It was also sung at the 25th Anniversary of the opening of The Delhi House of Worship when I joined the ‘Voices of Baha’ choir. Other pieces have been shared while on pilgrimage in Haifa.

I get quite emotional sometimes thinking about how privileged we are sharing these beautiful words globally through our music.

This year, 2017, being the bicentenary of Baha’u’llah’s birth, inspired me to compose my first original acapella choral piece. It’s called Baha’u’llah and is recorded with my husband, daughter and son. The world premiere of this piece will be at our Bicentenary event at the Tasmanian Baha’i Centre of Learning, Oct 22.

Though I was stressed about how long it took to complete this CD, I’m learning to trust in God’s time. It’s such a wonderful gift for the bicentenary year.

Baha’i Blog: Who are some of your musical influences?

Baha’i Blog: What do you hope listeners take away from your music?

I’m hoping listeners are uplifted, spirituality nourished, inspired and find solace. That these words touch their souls as deeply as they have mine.

Baha’i Blog: Now you’re not Persian, but you have a few Persian songs on the album. Can you tell me a little about that?

Ah yes, my love and study of the Persian language was inspired by a longing to understand more deeply the beautiful words from Baha’u’llah, Abdu’l-Baha and The Bab. My teachers have been many Baha’i friends including Siamack Yosoufi who also taught me to read the text. His love for Persian poetry and music have enhanced my learning in ways I never expected. Siamack taught me to recite the poetry of Rumi, Sadi and Hafiz and ‘The Tabernacle of Unity’, beautiful letters Baha’u’llah wrote to individuals of Zoroastrian background. Siamack used the well known folk tune Sari Gelin, replacing the lyrics with his own, highlighting the plight of Baha’is imprisoned in Iran. He then asked me to learn it. The track entitled ‘Yaran’ is the result, and it is both hauntingly beautiful and deeply moving. I feel so privileged to have been given this piece and it is being shared now as Mahvash, one of the Yaran had just been released after serving 10 years in prison. Although I’ve made every effort to pronounce the words authentically, there may be traces of an accent. Hopefully the Persian friends can forgive any inaccuracies.

My deepest gratitude goes to my father for surrounding me with beautiful music and the clear diction he has. My mother for dreaming big, dear husband, Adrian who is my sound engineer and guitarist and our children, Jonathon and Rebecca, all gifted musicians who have helped me enormously. Thanks also to Erica Davidson for being such a great musical buddy, Melanie Price, Mina Adieh and Diana Stephens for believing I could do this plus, countless Baha’i friends and my Local Spiritual Assembly.

Baha’i Blog: Thank you so much Angela for taking the time to do this interview and for this wonderful contribution.

‘Waters of Unity’ is available in both digital and hardcopy on angelabryanmusic.bandcamp.com

As I already told Angela, it is an absolutely marvelous album. The variety of the songs is impressive and memorable, the quality of the performances is superb, and the recording itself has very high production values, making the entire package quite remarkable. It’s great to have Angela’s thoughts about the development of her music to add to the music itself. Thanks very much!