As a young girl, Nora was admired for her beautiful hair. It was a rich auburn color and so long that it almost reached as far as the hem of her dress. Every night and every morning, Nora’s mother would brush it for an hour until it shone like gold. Artists travelled from across the North of England to paint Nora’s portrait. Into adulthood, she considered her hair her only redeeming feature.

Nora Crossley was born in Old Trafford, Manchester in 1893 into a wealthy family. But her childhood was not a happy one and her adulthood was equally severely difficult. After the First World War, she married her penniless childhood sweetheart against her separated parents’ wishes. War had irrevocably changed her husband. He was later diagnosed as schizophrenic, but at that point his erratic behaviour was beyond any explanation. He refused to return to work, preferring to play the organ and repair hymn books for the church, but never accepting any payment. So began more than 50 years of severe tests at home for Nora, who soon became a mother to two sons. END_OF_DOCUMENT_TOKEN_TO_BE_REPLACED

We’d like to share with you a little about a book titled Mirza Mihdi: The Purest Branch in honor of the 150th anniversary of his passing. Written by Boris Handal, this biography tells the dramatic story of Mirza Mihdi, the beloved son of Baha’u’llah, who fell from a skylight in the roof of the prison where he, his family and many other Baha’is were imprisoned. He was severely and mortally injured. When Baha’u’llah offered to save his life, Mirza Mihdi chose instead to sacrifice it so that the doors of the prison might open and those who longed to see Baha’u’llah could attain their hearts’ desire.

During their imprisonment in Akka (in present-day Israel), Mirza Mihdi often spent his evenings on the roof top, immersed in prayer and meditation, where one could breathe cleaner air, as well as watch and listen to the sound of the waves crashing in the bay. After twilight, Mirza Mihdi would count his steps in order to avoid the open skylight but one evening he was so enraptured by his prayers that he stumbled, lost his balance and fell onto a wooden crate on the floor below.

In the last hours of his life, Mirza Mihdi spoke with Baha’u’llah in private. And while we do not know everything that was said, we do know that Baha’u’llah offered to save him. However Mirza Mihdi wished that pilgrims might be able to attain Baha’u’llah’s presence. At that time, many of the Baha’i pilgrims who travelled on foot to see Baha’u’llah had to content themselves with the sight of His hand waving a handkerchief from the prison’s window.

I love being in a happy marriage. I love the quotations from the Baha’i Writings that talk about the wonderfulness of marriage. Sometimes though the guidance is challenging to understand and follow. I’m currently striving to grasp this particular quotation below, especially the second sentence:

Baha’is should be profoundly aware of the sanctity of marriage and should strive to make their marriages an eternal bond of unity and harmony. This requires effort and sacrifice and wisdom and self-abnegation.

These are my thoughts on that sentence, based on my personal experience and my work as a marriage and relationship educator and coach based in the United States and working with couples in many countries.  END_OF_DOCUMENT_TOKEN_TO_BE_REPLACED

“Leonora, what are you waiting for? Go!” Those were the words of May Maxwell to Leonora Holsapple Armstrong. Leonora wanted to go pioneering to South America but her resolve weakened in the face of her friends’ and family’s concerns.

Leonora, like Dorothy Baker, learned of the Baha’i Faith from her grandmother and she attended the 1919 Baha’i Convention in New York City when the Tablets of the Divine Plan were unveiled. She wrote to Abdu’l-Baha, expressing her wish to pioneer and be of service. In His reply, He “expressed the hope that she might become a ‘spiritual physician,’ and this hope of His became her highest aspiration.” Martha Root encouraged her to go to Argentina and she began studying Spanish but a contact in Brazil interested in the Faith made her change her plans.  END_OF_DOCUMENT_TOKEN_TO_BE_REPLACED

Did you know that June 1st has been designated the International Day to celebrate YOU? Although I’d like to call it the “Global day of Validation and Appreciation for Awesome Parents”, the official title is the “UN Global Day of Parents”:

The Global Day provides an opportunity to appreciate all parents in all parts of the world for their selfless commitment to children and their lifelong sacrifice towards nurturing this relationship.

And before you jump into thinking, “But am I really making a selfless effort? Am I really sacrificing enough?”, can we be real for a moment?

This is no easy job. Abdu’l-Baha says: END_OF_DOCUMENT_TOKEN_TO_BE_REPLACED 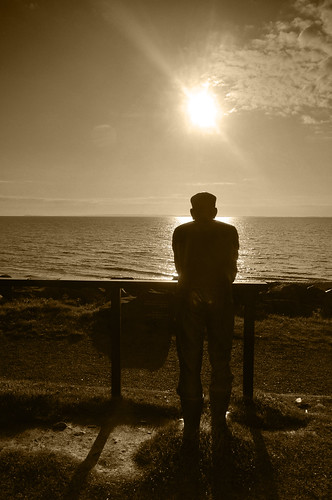 What is sacrifice? As Baha’is, we believe that it is – in short – the act of giving up something for something of greater value.

Sacrifice has always been a concept of great fascination to me. It is fundamental to the progress and consummation of the human soul. Consequently, it is a practice that I try to apply in all aspects of my life.

As you would already know from previous posts, Baha’is are currently observing the Fast. In this time, I find myself asking: how does the concept of sacrifice tie in with the act of fasting? END_OF_DOCUMENT_TOKEN_TO_BE_REPLACED