“Stories of Baha’u’llah” is a series of short videos produced by Clark Donnelly and Mary Darling of Westwind Pictures. You may have already seen their work, such as The Baha’is, or Tablets of the Divine Plan. In each video in this sweet and sincere series, a child tells us a story about Baha’u’llah.

This particular video is called “Justice and the Tax Collector” and you can listen to an example of when Baha’u’llah sought out justice as a small child.

The “Stories of Baha’u’llah” series, which is downloadable can can be used freely, and is described by Clark and Mary with these words:

Hearts are often moved by the stories of Baha’u’llah’s justice, love, generosity, selflessness, and sacrifice. This experiment, to film children as they share their favorite stories of Baha’u’llah, was inspired by our own children’s interest over the years. Please feel welcome to share these short stories as much as you like, use them in celebrations and however you wish.

You may also be interested in our Baha’i Blogcast episode where Rainn Wilson interviews Mary and Clark about their work. Here is the link. 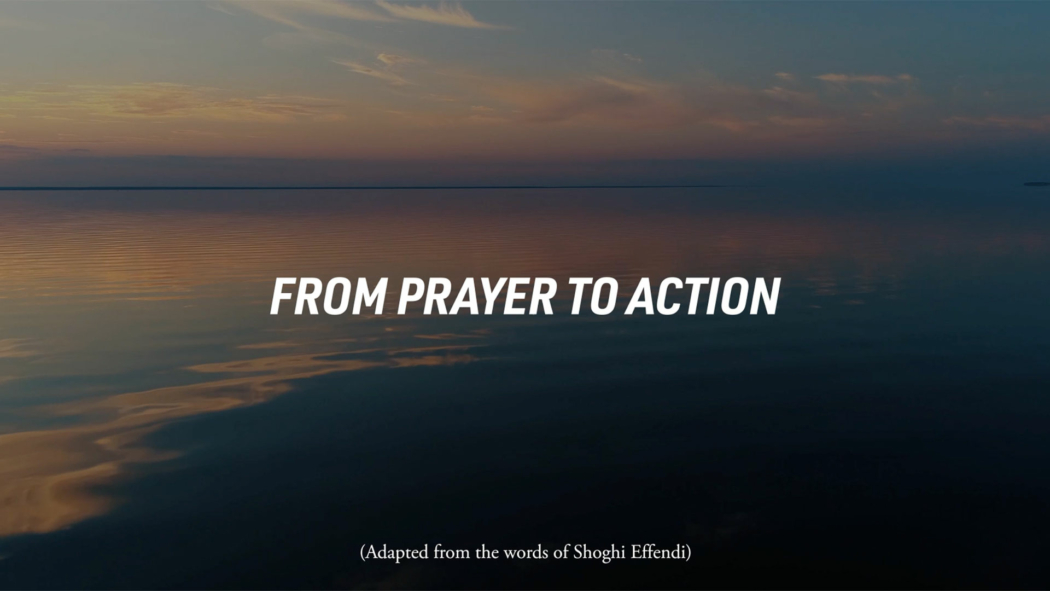 From Prayer to Action

NAIDOC Week: Alexa is on Whadjuk Noongar Country and She Shares Information About the Importance of the Balga

NAIDOC Week: Sophie Shares Information About the Preservation of the Palawa Kani Language

NAIDOC Week: Collis & Louis Share What They Learnt About the 7 Seasons Recognised by the Larrakia People!

NAIDOC Week: Cherie Shares the Dreamtime Creation Story of the Galah, Accompanied by her Pet!

What Have You Been Reflecting on Recently? (Lennox Head, Australia)