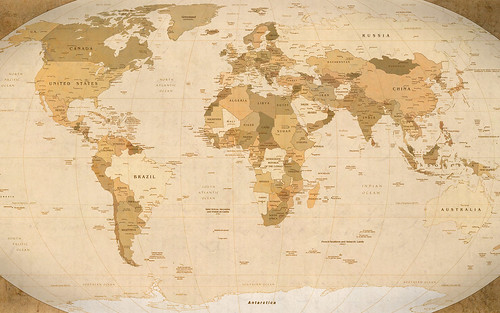 In a world where the term “axis” – as it appears in the media – has political connotations (and somewhat sinister, at that), the concept of a spiritual axis is both uplifting and intriguing.

The Guardian first spoke of a special connection between Australia and Japan, in a message to a conference in 1953 (the Asian Intercontinental Teaching Conference in New Delhi, India), and later again the following year, referring to these two countries as the “Bastions of the Pacific”.

Later, in a statement he made in 1957, the Guardian made reference to a “spiritual axis” and further explained the nature of the connection:

A spiritual axis, extending from the Antipodes of the Northern Islands of the Pacific ocean- an axis whose Northern and Southern poles will act as powerful magnets endowed with exceptional spiritual potency, and towards which other younger and less experienced communities will tend to gravitate.

From this quote we get a sense of the immense power generated from this mysterious connection. The concept of magnetism is one that is used in various references within the Baha’i Faith, particularly in connection with spiritual power such as that generated by the ‘Word of God’ or the ‘Divine Revelation.’ Although these forces are more easily reflected upon from a spiritual perspective, their effects on the material world will become increasingly evident over the passage of time.

It may seem incomprehensible that two countries that are separated not only by a great distance but also by tradition, language, religion and demographic could join together in the creation of a magnetic spiritual axis. However, the differences between the two countries can also be viewed as highly complementary and thus a perfect balance for achieving the spiritual responsibilities that have been endowed upon them.

It is also interesting to note that the Faith was brought to both these countries by pioneers during the ministry of Abdu’l-Baha.

The Role of the Spiritual Axis

As mentioned in the above quote by the Guardian, other countries besides Australia and Japan are also spiritually affected by this axis. The countries of Southeast Asia and the Pacific Islands fall within the sphere of influence exerted by the spiritual axis. This encompasses not only a large proportion of the world’s population but also covers a vast geographic area. The spiritual connection and magnetic forces created by this axis propel the region forward in a mysterious way with the ultimate goal being the establishment of a New World Order.

Although the spiritual axis has been divinely designated, the efforts of the Baha’is are vital in strengthening and releasing the potentialities of this connection. The Guardian stated that:

A responsibility, at once weighty and inescapable, must rest on the communities which occupy so privileged a position in so vast and turbulent an area of the globe. However great the distance that separates them; however much they differ in race, language, custom and religion; however active the political forces which tend to keep them apart and foster racial and political antagonism, the close and continued association of these communities in their common, their peculiar and paramount task of raising up and of consolidating the embryonic World Order of Baha’u’llah in those regions of the globe, is a matter of vital and urgent importance…

As our minds grapple with the concepts of spiritual magnetism and divine forces we are reminded that constant effort and striving in the “raising up” and the  “consolidation” of the “embryonic New World Order” is where we find the answers to our questions and hasten our understanding of these mysteries.

In the words of Dr. Peter Khan, former member of the Universal House of  Justice:

The Baha’i teachings foster the use of the rational faculties in a spirit of inquiry, to unravel the mysteries of spiritual and material worlds, and to thus contribute to the growth of religious and scientific understanding. Hence, we may confidently anticipate that the mysteries of the organic growth will become progressively disclosed, as our understanding of the interplay between the spiritual and the material determinants of growth increase, and the passage of time reveals more fully the course followed by the Baha’i Community in it’s expansion.

Have you heard or read anything about the concept of a “spiritual axis”? Please share your thoughts with us in the comments!