About a year ago, I had the pleasure of talking on the phone to a Baha’i singer-songwriter from Italy named Naim Abid. We hit it off straight away, and we spoke for hours about a wide range of topics ranging from love and loss, to music and the Baha’i Faith.

Over the years, Naim has developed an eclectic vocal style ranging from ska to swing, soul to pop, and from blues to revival, and his wide range of musical talents came to life in a sold-out series of shows called “Crooner Nights”, where he paid tribute to the greats of American and Italian music, by combining the hits and their stories in a mix of theatre and music, with themed costumes, curious tales, vintage image projections and iconic improvisation.

Naim played a crucial role in helping us record some Baha’i Blog Studio Sessions in Italy, and you can see him here in this upbeat Studio Session called “So Powerful (Tanto Potente)”.

As I’ve gotten to know him over the course of the year, it’s become very clear that along with the Baha’i Faith, music and performance are at his core and run through his veins. It’s no surprise then that Naim has combined his passion for the Baha’i Faith and his passion for music into the production of a Baha’i-inspired album called Libero, and I connected with Naim again to find out more about it:

Baha’i Blog: Hi Naim, can you tell us a little bit about your album, “Libero”?

For the last 15 years I have put the Baha’i Writings to music. Each year I was telling myself, “Hey, I gotta make an album out of these songs.” But I never did! My friends were encouraging me, so one day, yeeeaaars ago, I started recording the album. I arranged the songs with a drummer and recorded some of them, but then, a few months later, my hard disk broke and I lost all the material. It was terrible: so much effort over such a long period of time, and everything just disappeared in a matter of seconds! I felt sad and tired. I didn’t feel like I could do it again in a short time. 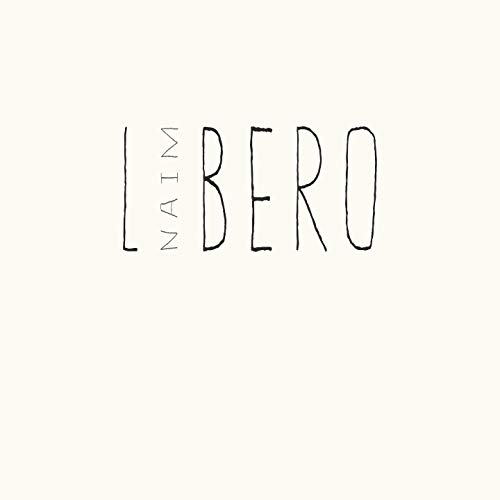 I had to wait a good amount of time before doing anything else about it, so many years later, a wonderful occasion came on the horizon: it was 2017 and the Baha’i world was about to celebrate the bicentenary of the Birth of its Founder, Baha’u’llah. I knew it was the right moment and I want to say the Baha’i national institution encouraged me a lot to release something! It was the right encouragement, and without it, I don’t know if we would have the album today. But I was very, very, very tight on timing. The celebration would have taken place in mid October. I started to work on the album on September 5th! It was a rush against time. I worked for 40 days without stopping. Sometimes working for 22 hours a day, continuously. I’m not kidding! I’m being literal. It’s been a tremendous effort. Day and night were becoming like a never ending river of time! But it’s been a miracle to me, I gotta be honest. If I look back at those days I can’t believe I made it. I can’t understand how it’s been possible. I had to play, arrange, record and mix 9 songs. I played all the instruments, did all the editing, composed and mixed in just 40 intense days. And there’s one more thing: doing a whole album based on songs that could rely on a few sentences was very challenging. I wanted the songs to sound full and not just as if they were a two-line lyrics song. It would have been boring to listen to them. So I knew I needed the arrangements and compositions to sound like a true, complete, song – with a verse, a chorus and a “special” part. Singing these sacred verses during a prayer meeting or at a gathering for a few minutes is not the same as having them recorded on a professional album. It’s a whole different story. You want people to enjoy them for years, without getting bored. I hope I achieved my idea. I had no time and money to rent a studio and do the job with other musicians. So everything took place in my very tiny apartment. It was just me, two good microphones, a computer, all of my instruments, a good soundcard, some knowledge and good will.

Regarding the album artwork, I had asked three illustrators to do the cover design because I had no time and I wanted the album cover to offer someone else’s point of view. But nothing impressed me much. So I did it myself. The title is “Libero”, it means “free”. I wanted the cover to be filled with colors, to be joyful and vibrant and dynamic. But then, I realized, it was not the right idea. The word “free” is too huge and too deep, the concept is too wide. From this point of view, everything would have been like a downgrade to the concept. So I decided to make a totally white cover that could signify everything. It’s like an open space without any constraints. Every meaning is possible there. And then you see the title and the artist name. That’s it. Sometimes “less is more”. So true!

Baha’i Blog: So why was it important for you personally, to do something like this?

There were a few goals I had in mind: the main idea was to celebrate Baha’u’llah’s bicentenary of His Birthday. But I also wanted to give the Italian Baha’i community some new musical material for celebrations and everyday listening. In more general terms, one of my main personal goals was to introduce the sacred word and spiritual concepts into people’s everyday life. That’s why the songs might be close to some pop productions you could listen to on the radio. It’s not mainstream music, but it’s easy listening. I wanted people to enjoy these songs as songs! So they could listen to them while driving to work, cooking and so on, because the liked them as songs! Then, there was a very personal idea: I wanted to do something meaningful before I die. Now, when I listen to this record, I feel like I had done something beautiful and deep and meaningful in my life. So, my life itself becomes, somehow, a little more meaningful and I feel… “free”. “Libero”. If I die tomorrow, I’d be happy because I made this album.

Baha’i Blog: Can you tell us a little bit about yourself?

This is the hardest question! There’s nothing to be said, but I’ll try. I’m Baha’i. I’m 36 years old today. I was born in Italy from Iranian parents. I’m a full time singer, songwriter, showman, musician. I do concerts to earn my living. I’ve wanted to do it since I was 14, but never had enough courage to actually do it until I was 30. I’ve been thinking about it for 16 years, every day. I asked God so many times what would have been the role of music in my life, because I wanted it to be the center of my life. And I cried a lot in my bed at night to gain a final decision. Before getting to decide, of course, I had my school, bachelors, masters and PhD. This was in “democracy and human rights” and my research was on the Baha’i community “from the persecution in Iran to the vision of a new world order”. I wanted to also pursue an academic career. But, in the end, I realized that music was the only way for me. Now that I’m doing it professionally for the last five years or so, it’s still very hard. There’s a lot of sacrifice I think in the life of a so-called artist. Your time and almost everything else is devoted to this cause, and this causes you pain and unbalance. But it also gives you a whole world of beauty.

Baha’i Blog: What do you hope listeners will take from the album after they’ve listened to it?

I really hope they feel something in their hearts. I really hope they feel the curiosity to investigate the origin the those Words. I have a very good old friend. We’ve know each other since we were six years old. So, it’s 30 years. Now he’s married and they have two amazing kids. He loves the album “Libero”, and they listen to it often at home because the kids go crazy for the songs. This makes me laugh a lot. He sends videos of the kids singing and dancing while listening to the album. A few weeks ago he texted me one of the most amazing things: he said that I had become a part of their family and an essential part of their spiritual education. It impressed me a lot. I hope that this album could become part of everybody’s spiritual education, whether they’re kids, young, adult or old.

I’m working on a new recording for the bicentenary of the Birth of the forerunner of the Baha’i Faith: the Bab. I don’t think it’s going to be a full album, but most likely it’ll be an EP made up of four or five songs. I composed two of them last night! So I’m feeling very positive about it!

Baha’i Blog: Fantastic! So where can people find the album?

You can find the album online almost everywhere. Amazon music, Spotify, YouTube Music, Apple Music, the iTunes store, Google Play, and so on! Just choose your favorite streaming site or digital store and listen to it.

Baha’i Blog: Thanks so much for taking the time to do this interview Naim, and congratulations on a such a wonderful album!

You can watch one of Naim’s Baha’i Blog Studio Sessions below, followed by one of his music videos. Both songs are from his album “Libero”.

“So Powerful (Tanto Potente)” by Naim

Good one Naim….Like the contemporary nature of your music ….Check out some of mime on Steve Lockie …you tube