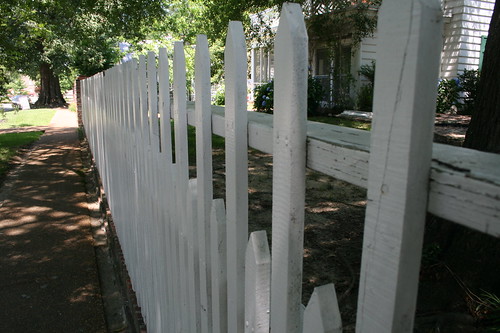 My friends laugh at me when I admit to this but there was once a time when I maintained an uncompromising policy which governed my social interactions: Do Not Become Friends With Neighbours. Looking back now, it seems crazy – even to me – but if I rack my brain hard enough I can begin to imagine why I once felt this way.

Perhaps it had something to with being raised in one of the most densely populated cities in the world. Perhaps it had to do with a strong tendency towards intraversion and guardedness that I had as a teenager. Or perhaps, it stemmed from living in the dorms during my first year of university, where it was virtually impossible to enjoy a quiet night in without my friendly (and often inebriated) neighbour pounding at my door at 11 pm, with a loud “Preethi, I know you’re in there. COME TO THE PARTY!” – who knows, really.

But whatever it was, when I first moved out of the dorms to live by myself, I found myself living by the wisdom of the old adage: Good fences makes good neighbours. Years later, however, when I became Baha’i, my partiality for the good old picket fence was challenged by the Baha’i approach to social transformation – one based on community building and the empowerment of closely-knit neighbourhoods.

In its most recent messages, the Universal House of Justice talks about the importance of involving our neighbourhood communities in the process of social transformation – not as passive beneficiaries of a program for social development, but as active contributors in its implementation. The core activities function as a means of building the capacity of receptive individuals within our communities who share the Baha’i vision for a new civilisation founded on the principles of unity, love and justice. As Baha’is, we are responsible for finding these individuals, initiating dialogue with them and involving them in our efforts for social transformation.

What is more, everywhere, a notable number of friends find themselves ready to enter into conversation with people of varied backgrounds and interests and to undertake with them an exploration of reality that gives rise to a shared understanding of the exigencies of this period in human history and the means for addressing them. Message from the Universal House of Justice, 28 December 2010

Many of my friends in Melbourne seem to face a similar challenge – this is a society in which personal space is highly valued and in which neighbours do not tend to have any real involvement with each other beyond the superficial greetings and chitchat. A “how are ya?” is all well and good, but most people – seemingly for reasons similar to mine – seem to be wary of getting any closer to their neighbours. As far as city life goes, gone are the days when it was entirely normal to pop over to your neighbour’s to borrow some flour.

My current housemate and I recently moved into our neighbourhood in the inner-city suburbs – home to many busy, young professionals – and decided to take the opportunity to get to know our neighbours by baking a batch of cookies and taking them around to our neighbours as we introduced ourselves. For someone who had barely ever even talked to any of her previous neighbours, this seemed like the most unnatural thing to do, almost Brady-Bunch-esque. But having heard of other friends who had done the same thing and had experienced remarkable results, we soldiered on, trying to keep a straight face as we self-consciously greeted our neighbours.

The responses so far have been great! Some people have responded with amusement and surprise – albeit tinged with goodwill and appreciation (understandably, as my housemate makes the most amazing cookies I have ever tasted). But others have greeted us with warm enthusiasm and excitement, inviting us into their homes and expressing gratitude that we took the initiative to connect with them.

We met young couples from places like Chile and India, who lamented the lack of the community feel that they were so used to from their home countries. We talked about the daily grind of modern life and the importance of reconnecting with something deeper and more meaningful. We talked about the importance of unified and closely knit communities. We agreed to organise a get-together for residents on our street to facilitate these community building efforts.

We’re going to be hosting our first morning tea tomorrow morning – definitely a personal 180 from the days when inviting strangers into my home was the most foreboding scenario I could imagine! I’m excited to see what happens. I’m positive that the lovely conversations we had with those neighbours over those cups of tea that they so generously offered us are only just the beginning of what will eventually become strong, beautiful friendships!

What about you? What are your neighbourhoods like? Do you face the same challenges or do you live in a country with closely-knit communities? What ideas do you have to foster community-building in today’s busy societies? I’d love to hear from you – please share your thoughts and experiences in the comments!