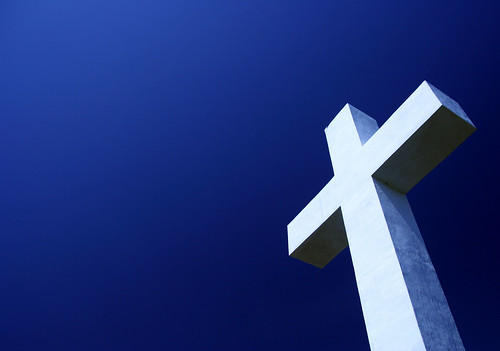 As someone who was raised with a strong Christian upbringing, the relationship between the Baha’i Faith and Christianity is something I often think about when I reflect on my own journey to becoming Baha’i.

When I became Baha’i, I found myself the recipient of numerous questions and comments from my Christian friends and family members – some of whom were simply curious and interested in knowing more; and others who genuinely couldn’t understand my decision to become Baha’i, knowing how committed I remained to my Christian beliefs.

Similarly, I’ve had numerous conversations with Baha’i friends about conversations they’ve had with their Christian friends about Christianity and the Baha’i Faith. Over the past few years, I’ve spent a lot of time reflecting on these conversations and trying to understand how to build a bridge of understanding that will facilitate stronger and more meaningful dialogue between Baha’is and Christians.

While this post cannot possibly do justice to the profundity and beauty of the numerous passages in the Baha’i Writings on Christianity, or the scholastic excellence of the numerous publications out there on the Baha’i Faith and Christianity, it summarises 5 strategies that have helped me to provide more useful and meaningful responses to my Christian friends and family members who have asked me about the Faith.

1. Understanding that the two faiths are one and the same

I remember the moment, in my own journey, when I went from having an appreciation for the beauty of the Baha’i Faith, to realising its divine origins. I was talking to a friend about how much I was enjoying being part of a study circle and being able to read the Writings when I remarked offhandedly: “You know, whenever I read the words of Baha’u’llah, I recognise the voice of Jesus in them”. I hadn’t really thought about what I was saying as I’d said it, but it was only then that I realised why I believed in Baha’u’llah’s message while maintaining my belief in the teachings of Jesus: I saw the faith of Jesus and the faith of Baha’u’llah as being one and the same.

As Baha’is who are well-versed with the concept of progressive revelation, it would seem that this goes without saying: we know that Jesus and Baha’u’llah are both Manifestations of the same God, who came at different times in history to teach the same changeless Faith – as is the case with the other Manifestations and the religions they each revealed.

The Sacred Books are full of allusions to this new dispensation. In the Book of Iqan, Bahá’u’lláh gives the key-note and explains some of the outstanding passages hoping that the friends will continue to study the Sacred Books by themselves and unfold the mysteries found therein. From a letter dated 11 March 1923 written on behalf of Shoghi Effendi to an individual believer

In the past few years, as I’ve attempted to deepen my knowledge on the Bible, I’ve found it easier to articulate, to those that ask, why it is that I see the faith of Jesus and the faith of Baha’u’llah as being one and the same. In his three-part series on Preparing For A Baha’i-Christian Dialogue (Volume 1: Understanding Biblical Evidence, Volume 2: Understanding Christian Beliefs and Volume 3:Understanding Biblical Prophecy) , Michael Sours highlights the importance of systematic bible study for Baha’is who find themselves in dialogue with Christians, and offers numerous practical strategies and resources for going about this study. It’s a series that I’ve found extremely useful and I could not recommend it more for anyone looking to really delve into a study of the Christian Scriptures!

Apart from bible study, there are also books like George Townshend’s The Heart of the Gospel, which offers some insights into the message of Jesus. Interestingly enough, this book doesn’t really talk about the Baha’i Faith, but instead focuses on the words of Jesus and biblical passages of the Gospel. It does, however, discuss many themes that are central to the Baha’i Faith, while drawing exclusively and directly from  the words of the Bible.

Having this deeper understanding of the teachings of Jesus is crucial in order to meaningfully respond to many of the questions about the Baha’i Faith and Christianity that you are likely to get, and in order to better understand the perspective of those that you talk to!

2. Understanding the point of difference

For many Christians, the main issue – regardless of what they might accept about the teachings of the Faith – is a belief that you can’t be a follower of Baha’u’llah and Jesus at the same time. For Baha’is, however, this can sometimes be difficult to understand, given the Baha’i concept of progressive revelation which explains how the messages of Jesus and Baha’u’llah – though revealed at different times in humanity’s history – come from the same Divine origin.

A Christian who is familiar with biblical prophecies, however, might be better able to understand  Baha’u’llah’s claims to have fulfilled the promise of Jesus to come again in “the glory of the Father” or as “the Spirit of Truth”. However, I’ve found that the area of biblical prophecies is one that many Christians (myself included, until I became  Baha’i) are not familiar with, often because of the mystical nature of the prophecies which are deemed to be too daunting and overwhelming to even try to comprehend!

One book I often recommend to Christian friends trying to get their heads around the question of biblical prophecies and their relationship to the Baha’i Faith is Thief in the Night: The Case of the missing millenium by William Sears. A word of caution for those looking to really delve into the question of biblical prophecies and the Baha’i Faith, however: this probably, in my opinion, isn’t really the book for that, and probably not, I would imagine, what William Sears intended for it to be.

Instead, in Thief in the Night, William Sears offers a personal narrative of his journey towards the Faith, beginning with his discovery that in the 1840s there were a number of Christians eagerly awaiting the return of Christ! Fascinated by this discovery, Sears set out to discover why these Christians felt that the biblical prophecies were being fulfilled. In Thief in the Night, William Sears provides a fascinating account of his seven-year journey. While the book isn’t an exhaustive study of biblical prophecies and scholarship, it is a great starting point for anyone who isn’t really familiar with biblical prophecies and would enjoy reading a personal narrative of one person’s efforts to understand Baha’u’llah’s claims to fulfil the promises of Jesus.

Which brings us to….

3. Understanding the prophecies regarding the return of Christ

Again, as Baha’is, we have a general understanding of how Baha’u’llah fulfils the ancient prophecies of the Bible, but it is really awe-inspiring to even think about the numerous prophecies there are in the Bible and how they have been fulfilled! While my understanding of biblical prophecies is very basic, just the process of becoming aware of how much there is to understand about biblical prophecy, in relation to the Faith, has been an amazing experience!

There are a number of really good publications available on this topic – most of which I haven’t gotten around to reading yet! – but one of my favourites so far is The Prophecies of Jesus by Michael Sours. Additionally, there is a great three-volume series by Hushidar Motlagh: I Shall Come Again, Lord of Lords and King of Kings.

4. Understanding the issues around biblical interpretation

Beyond the question of biblical prophecies, there are a number of doctrinal issues that many of my Christian friends and family members have had questions about, such as life and death, heaven and hell, miracles, the death and resurrection of Jesus, the sacraments . A good resource for this, in addition to those already named, is Maxwell Alexander’s three-volume series, Christianity Renewed. For those of you looking for a more thorough study of these issues, there are also ‘Abdu’l-Baha’s explanations of these issues in Some Answered Questions, under “Part Two: Some Christian Subjects“.

For many of the doctrinal issues, the underlying theme to bridging understanding between Christians and Baha’is is, in my opinion, that of understanding the difference between a spiritual reading of scripture and a literal interpretation. This is a theme that is addressed specifically in I Shall Come Again (Volume 1 of Hushidar Motlagh’s three-volume series) and Volume 1 of Maxwell Alexander’s Christianity Renewed series.

Finally, I find that learning more about the history of religion is a great way to gain a deeper understanding of the concept of progressive revelation.

The one who ponders over that book and grasps its full significance will obtain a clear insight into the old scriptures and appreciate the true Mission of the Báb and Bahá’u’lláh. From a letter dated 27 March 1931 written on behalf of Shoghi Effendi to the Local Spiritual Assembly of the Bahá’ís of St. Louis, Missouri, USA

Additionally, I find that reading books about religious history from a variety of perspectives to really add to my understanding of progressive revelation. Frances Worthington’s Abraham: One God, Three Wives, Five Religions is one example of a book that I found to be really enhance my understanding of progressive revelation. (Read more at “Easter and Passover: The Religions of Abraham“)

Similarly, I find that books exploring the commonalities of religions are incredibly useful in helping my appreciate the historical context surrounding the revelation of each of the previous Manifestations. One such book is A History of God: The 4,000-Year Quest of Judaism, Christianity and Islam by Karen Armstrong who has also written a number of other equally fascinating books on comparative religion.

Ultimately though, there’s really no substitute for simply being a good listener and partaking in discussion in a spirit of love and consultation!

The Great Being saith: The heaven of divine wisdom is illumined with the two luminaries of consultation and compassion. Take ye counsel together in all matters, inasmuch as consultation is the lamp of guidance which leadeth the way, and is the bestower of understanding. Tablets of Baha’u’llah

What strategies do you use and what resources have you come across that have helped you to enter into more meaningful dialogue about the Baha’i Faith and Christianity? Please feel free to share your thoughts in the comments!