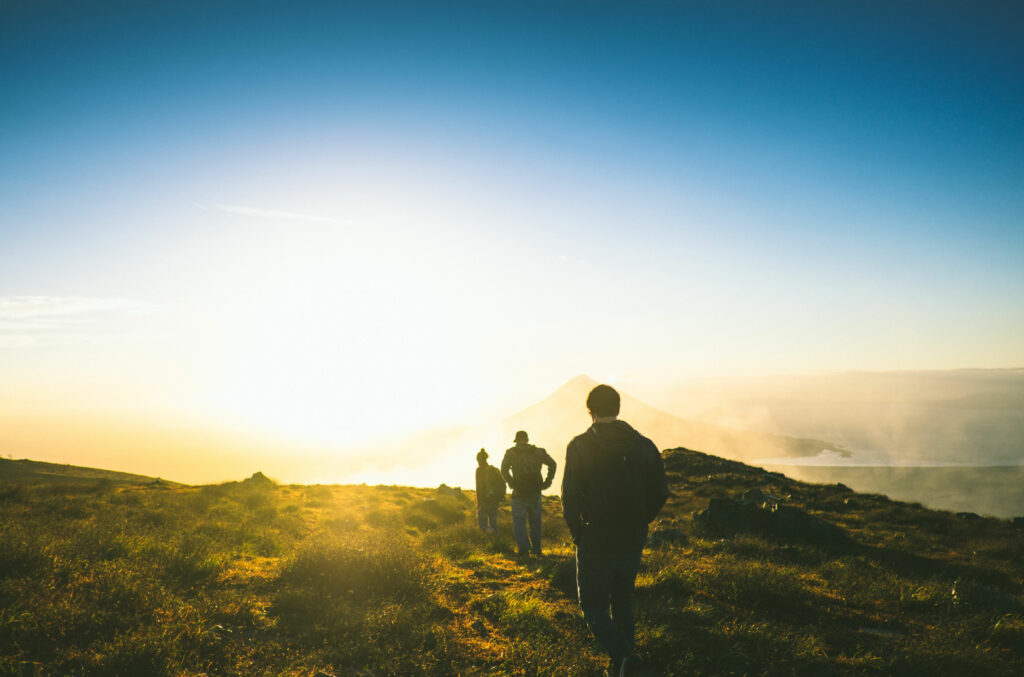 Tahirih Lemon has written a series called The Independent Investigator that is inspired by the peerless Some Answered Questions, but it is for junior youth readers. She’s currently working on the third title in the series and she needs our help!

In the interview below, Tahirih shares with us about The Independent Investigator and what we can do to help her with the third book.

I was born in Virginia in the United States, and when I was eleven my family immigrated to Australia. I’ve lost most of my accent and occasionally people ask me if I’m Canadian.

I currently live in Toowoomba, Queensland, Australia. I have also lived in Tonga, teaching at the Ocean of Light International School for a semester in 2005, and I spent a year in Tauranga, New Zealand.

Although, I am a trained primary teacher and obtained a Master of Education, I have been working in the field of child protection for the past decade following a passion to seek assistance for vulnerable children.

I have two now adult children, Nadim and Adia. Adia, the youngest who still lives at home, started her first year of university which transitioned to online learning due to the pandemic after the third week. Another member of our family is our cat Zeba, who rules the house, and thinks she’s a human. I have recently caved into my daughter’s ceaseless requests for a puppy, apparently her ‘therapeutic pet’ to cope during these challenging times.

Baha’i Blog: Can you tell us a little about ‘The Independent Investigator’ series?

Initially, I had no intention of writing a series just one stand alone book. The idea for the books arose when I noticed my, son, Nadim (not an avid book reader in those days) reading a school library book. He was attending an independent Christian school at the time. The book was a compilation of letters from children throughout the United States sent to a man who referred to himself as ‘John’, containing questions regarding issues, problems and concerns they had. Following each answer John included a verse from The Bible to support his response. I thought the concept was a great idea and that we needed something similar for young people interested in the Baha’i perspective on a range of issues.

I then had a ‘light bulb moment’ and thought of Some Answered Questions, by Abdu’l-Baha, one of my favourite Baha’i books. I’ve also loved the simplicity of Abdu’l-Baha’s explanations of complex concepts in almost ‘layman’ terms. I decided that would be the format of The Independent Investigator.

I made the decision, however, not to ask young people to send in letters about the problems they were experiencing, seeking advice. I’m not a counsellor. Instead, I asked young people if there was anything they wanted know or were curious or concerned about from a Baha’i perspective.

The Independent Investigator books are increasingly being used as another resource within junior youth groups associated with the world-wide Baha’i inspired Junior Youth Spiritual Empowerment Program to create additional topics for discussion and reflection.

The ideas for many of the books I have written formulated when I came across books written by authors of other religions, and I’d have the thought, ‘We need a book like that about the Baha’i Faith or from the Baha’i perspective’. Other ideas were generated when teaching children’s classes when my children were younger and seeing a need for some additional resources.

Ideas often come to me while walking in the nearby woods, upon waking up and while or after meditating.

There are times I truly feel as if the words are flowing through me and I am being ‘divinely assisted’. Granted not as often as I would like. Perhaps at times, I forget to tune into this assistance and spend too much time in mine own head.

Baha’i Blog: What’s something that you learned while writing these books?

With The Independent Investigator series it provided me with a great opportunity and the motivation to research the Baha’i Writings more in-depth, while simultaneously increasing and deepening my knowledge in a number of areas.

The research involved finding quotes that would be easier for young people to understand, hence, most quotes are from Abdu’l-Baha’s Writings. Reading the Baha’i Writings is one thing to do, it’s another thing to then have to explain it in simple terms.

Baha’i Blog: Who is your target audience?

The target audience for The Independent Investigator series is 11 – 15 years. I purposely kept the books not too long, so as not to be daunting or off putting for the more reluctant readers. The books are designed so young people can randomly select the questions they are interested in reading the answers to, and not necessarily have to start from the beginning or even have read the first book in the series.

I also write children’s picture books for 3-7 years old on spiritual themes. As well as some resources for primary aged children that support the Baha’i inspired neighbourhood classes currently being held throughout the world in many neighbourhoods and communities.

Baha’i Blog: What are you working on now?

I’m working on a few projects simultaneously, all at various stages of production. One of these projects is to acquire a whole new series of questions from junior youth (11-15) from around the world for a third book in The Independent Investigator series. It has been 10-15 years since the first two books were written. With an exponential increase in the use of social media and the internet, young people are much more aware of what is occurring around the world. They have access to so much more information at the tip of their fingers than any of the previous generations. I felt it was timely to compile a whole new series of questions. If there are any junior youth in your life who have questions they’d like to contribute, please email me at tahirihlemon[at]gmail.com by 1 September, 2021.

Another project I’m currently working on is Signs of God’s Love. This is going to be illustrated by the same talented illustrator Lusya Stetskovych, who illustrated a recent release A Gift From God. These books contain the underlying themes – the oneness of God, and the oneness of religion.

Last but not least is a new book, titled Three’s Not a Crowd. It is the first in the Seekers of Truth series. It can be read independently, however, it has been designed to initiate discussions amongst junior youth groups, encouraging young people to reflect on their own personal experiences with friends and at school. Each book addresses a range of current social issues and concerns and highlights spiritual truths. At the end of the story is a series of questions based on the concepts covered in each chapter. Additional references have been linked to The Independent Investigator series to provide more in-depth information supported by quotes from the Baha’i Writings.

Topics covered in this book include natural and spirit forces, life after death, the soul, progressive revelation, the dual nature of man, alcohol, cyber bullying, backbiting, and the Junior Youth Spiritual Empowerment Program.

I had a lot of fun writing this short book. I had no idea as I was writing what would happen next or where it was headed, and yet it just all fell into place. I’m excited because it’s based in Australia. I ordered the first copies via a print on demand platform and they will be arriving any day now!

Baha’i Blog: Thank you so much, Tahirih, for sharing this with us!

If you know of any junior youth who have questions they’d like to contribute for the creation of the third Independent Investigator book, please email Tahirih at tahirihlemon[at]gmail.com.

You can also purchase the two books that have already been published here: https://sacredsquarepublishing.com/ 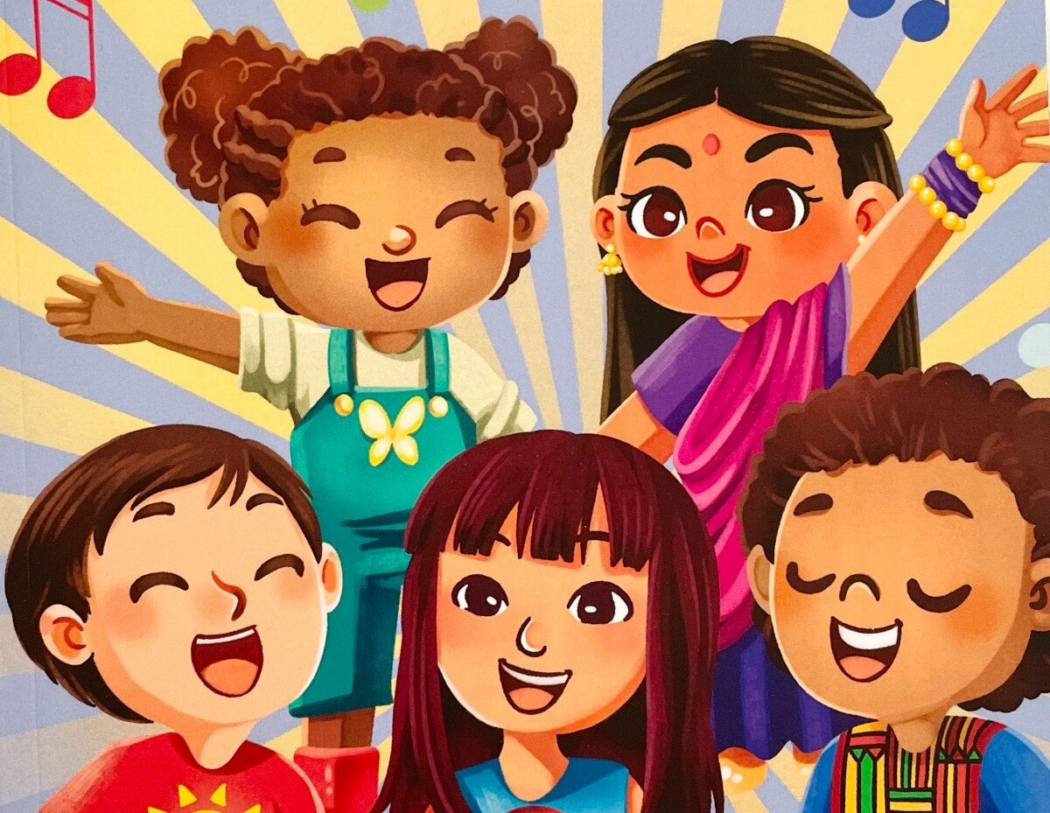 Is the book on Amazon by any chance/