Nikolai Clavier is the creative mind behind The Trumpet Blast, a musical score for a play about the life of Baha’u’llah by that same name. Performed in Norway to celebrate the Bicentenary anniversary of the Birth of Baha’u’llah, this 15 track instrumental album includes pieces titled ‘Ridvan’, ‘The Heavenly Maid’, and ‘The Mansion of Bahji’, among many others.

Nikolai Clavier’s Trompetstøtet, or The Trumpet Blast, premiered in Beitostølen, Norway in July of 2017. Each song accompanies a scene about the life of Baha’u’llah but listening to the soundtrack, even without the dialogue and action of the play, is nevertheless a dramatic experience. Nikolai gladly agreed to tell us more about this musical arrangement and the performance it accompanied. I hope you enjoy our conversation!

Baha’i Blog: Hi Nikolai! Could you please tell us a little bit about yourself and your work as a musician? 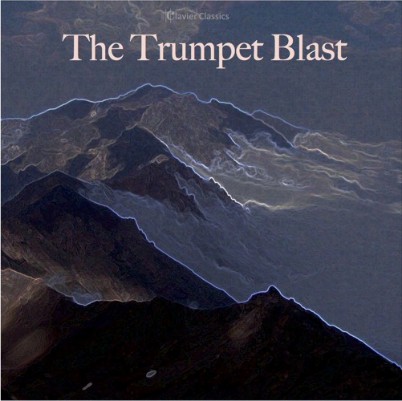 You often hear composers and musicians starting on their craft at a very early age, but my own musical career began at the threshold of maturity, at the age of 14. I grew up on the west coast of Norway, in a city called Stavanger — a culturally rich province surrounded by beautiful fjords and mountains, and I started playing the viola in the local music school after becoming mesmerized by my first classical music encounter. Thanks to the help of good teachers and motivating mentors, I managed to complete a 4 year Bachelor at one of the most prestigious conservatories of Norway only 7 years later. Just like most of the new generation of classical composers, my music is founded on the classical tradition but get its influence from worlds like pop, jazz and other contemporary genres.

The world of music is tough and highly competitive, especially for classical musicians. As a Baha’i you often wonder whether the time and energy spent in this profession is of benefit to mankind, but then I read the Writings concerning the arts and it gives me strength to keep striving. Currently, I am living in the Netherlands with my wife Tess and completing a Master in performing music and composition at the Fontys Conservatory.

Baha’i Blog: How did ‘The Trumpet Blast’ come about? What was the inspiration behind it?

It all started in 2016 when I did a collaboration with the screenwriter Sven Erik Ellund and the actress Anne Trine Austvoll. They wanted to make a theatre play on the life of Johanna Schubarth, the first Baha’i in Norway, and to perform it at the annual summer school. The amount of research that Ellund and Austvoll put into this script was astonishing! They would dig into old archives, books and historical documents for months, and mysteriously enough — as if given by the hand of Providence — a book filled with pilgrim notes was found inside the house of our LSA secretary the same year which could be traced back to Johanna Schubarth’s trips to the Holy land in the 1930’s and her meetings with Shoghi Effendi. I was asked to join the project quite early on, and we would meet in Ellund’s house in Oslo drinking tea and performing drafts from the script for each other. Hence began a close collaboration between Baha’i artists which led to this homage to the first Baha’i in Norway.

The next year, the NSA requested a new theatre play from us, this time in honour of the bicentenary of the Birth of Baha’u’llah. Sven Erik and Anne Trine spent several months creating a wonderful script that was as inspiring as it was ambitious, and in January 2017 the script was sent to me for the creation of a soundtrack. The project took about 6 months and the play was first performed the 17th of July 2017 in Beitostølen.

Baha’i Blog: It must have been amazing collaborating with others! What was that like?

It is a great blessing to be able to serve the Faith alongside other artists within the Baha’i community and immortalizing its history through the performing arts. The collaboration process for The Trumpet Blast was not without its challenges. Ellund then lived in Grand Canaria and I had myself moved to the Netherlands. Thus, most of our interactions happened by email and we spent a lot of our own resources on travelling.

One of the most interesting parts of the collaboration was that we involved a highly skilled choreographer, André Austvoll, to help us with two of the scenes – ‘The Heavenly Maiden’ and ‘The Martyrdom of Badi’. He did a terrific job, and so did the dancer Neda Schulz as she represented the Maiden delivering the message to Baha’u’llah in the darkness of the Siyah Chal. It is wonderful to see what kind of resources are available within this small community.

Baha’i Blog: How did the performance of the play go? How was it received?

The performance was quite successful. The audience amounted to about 250 people, and the Baha’is had strenuously been inviting people from the local community to come to this performance. I guess the response can best be summed up by my mother coming up to me after the performance with tears running down her eyes. The funny part is that our projector failed half way into the piece, thus where we had been relying heavily on the visuals we were now completely dependant on the effects of the music and the acting skills on stage. Yet the audience did not seem to mind.

We also spent a lot of money renting a top notch sound system, because I refused to have my music played on mediocre monitors. The whole idea of the music was to provide an emotional support to the visual components on stage — to bring comfort to the audience and to stimulate the imagination in order to bring the viewers closer to the life of Baha’u’llah. I believe the dance scene with Neda was the most successful part of the evening!

Baha’i Blog: What was something you learned in the process of composing ‘The Trumpet Blast’?

It was the first time I created a full orchestra score in Logic pro X, using mostly sampled instruments and sound effects. The play about Johanna Schubarth had aimed for a tender and intimate sound, closing the gap between the amateur theatre on stage and the expectation of the audience. This play, in contrast, I had envisioned a more grandiose sound as a tribute to the most recent Manifestation of God on earth. The biggest challenge was to feel worthy to the task. For instance, I wanted to compose a theme for Baha’u’llahs person, but I was stuck with the question “How can I adequately compose a theme a the manifestation of God”? Thus my feeling of inadequacy led me to abandon my plans of adding a leitmotif to Baha’u’llah and rather I contented with colouring each scene separately. Thus the collage-like structure of the play was reinforced by the musical landscapes I tried to create. In the end of my composing process I had the idea of recording a friend of mine, Diederik Smulders, on the cello and using his beautiful cello tone as a voice for Baha’u’llah’s human side. I could never venture to portray His divine attributes, but I felt up to the task of voicing the lamentation of exile and the joy of finally being released into the gardens of Bahji with the subtle sound of the cello.

I guess one of the biggest learnings I can retain from this experience is that self-criticism can only improve my work so far before it starts to limit my creativity. Thus, having accomplished this task despite harsh self-opposition, I feel ready for whatever the future may hold. After all, what can possibly be more difficult than trying to express the life of a Manifestation of God through the language of music?

Baha’i Blog: Thank you so much, Nikolai, for sharing this with us!

You can listen to The Trumpet Blast in full here on Nikolai’s SoundCloud page: soundcloud.com/nikola-clavier/sets/the-trumpet-blast

Your creative process is a breathtakingly beautiful one! Thank you for sharing!