Last year, singer, songwriter and composer Luke Slott wanted to record an album dedicated to the bicentenary of the Birth of Baha’u’llah taking place in 2017. To do this, he decided to team up with music producer Kelly Snook and create a 30 day Kickstarter campaign in order to raise enough funds to make the album happen, and let’s just say the show of support was staggering. Within 23 hours of launching the campaign, he met his goal!

The album, aptly titled Year of the Nightingale, has just been completed and Luke is releasing the tracks one at a time on his YouTube channel during the month of the Baha’i Fast.

I decided to catch up with Luke to find out more about the album:

Baha’i Blog: To start off can you tell us a little bit about yourself and your musical background?

I grew up in Dublin, Ireland and began learning music from my father who was a jazz musician. My first instrument was piano and later I picked up the guitar and trumpet. I was lucky to be exposed to a lot of different kinds of music by my family and I followed several different musical paths in parallel. Through the piano, I was studying the classical repertoire at the Royal Academy of Music in Dublin; through trumpet lessons with my dad, I was discovering jazz; and through the guitar, I was exploring folk and rock and getting to know many of the great songwriters. In my teens I started writing songs and playing in bands around Ireland and the UK. When I was in my twenties, I became a Baha’i and began incorporating the Baha’i Writings into my music. That’s been a very special musical adventure which has led to the making of ‘Year of the Nightingale’.

Baha’i Blog: Can you tell us a little bit about the album and your inspiration behind it? For instance why did you call the album “Year of the Nightingale”? What’s the story behind it?

The album is the result of a long period of collaboration with a group of musicians I met while living in New York in my twenties. There was a lot of music going on in the New York community when I moved there and it was then that I started singing with Diane Badie. Diane and I used to sing together regularly at devotional gatherings around New York and I began writing duets based on the Baha’i Writings with Diane’s voice in mind.

Around that same time I met Kelly Snook, a music producer and sound engineer based in Washington DC. At first, Kelly and I began recording some of my older songs but our attention increasingly moved towards devotional music and I was eager for Kelly to produce the duets I was working on with Diane.

Later, I met two bass-and-mandolin-playing brothers, Ian and Jason Rafalak, and saxophonist Adam Siegel, at NEBY (the Northeast Baha’i Youth Conference) in Connecticut. Within a few moments of meeting, we all clicked musically and agreed that we wanted to make a devotional album together – it all felt very providential. 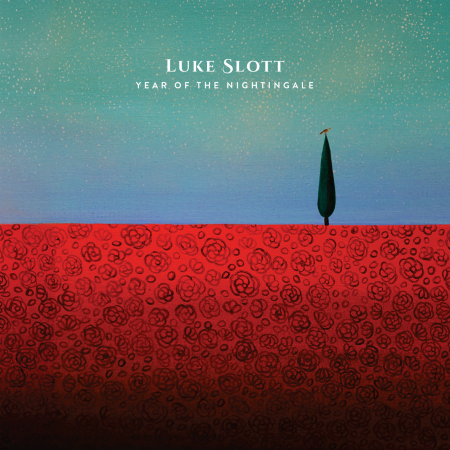 Over the following years, we began recording the songs at Kelly’s studio, adding Adam’s saxophone, Ian’s bass, Jason’s mandolin, and recruiting Philadelphia drummer Anwar Marshall to join the project too. But after several years of working on the album whenever and wherever we could, we found ourselves at a standstill, unable to move forward with it due to a lack of proper resources. We took a long break and the unfinished album lay dormant for about four years.

Then in 2015, when the Universal House of Justice drew the Baha’i community’s attention to the upcoming Bicentennial celebration in 2017, we decided to resume our work on the album and try our best to complete it in honour of the Bicentennial. We decided to turn the album into a community-oriented project and raise the funds we needed through crowdfunding. The support that came in was unbelievable – friends from all over the world chipped in to enable us to bring the album to completion at the level of quality we had always wanted for it. We hired more of the best musicians we knew and spent the following months immersed in recording, mixing and mastering the album.

Baha’i Blog: What do you hope listeners will walk away with after they’ve heard your album?

I hope it helps people memorize some of the words! I also hope they learn to sing the songs for themselves and for their families and friends, especially the duets which are enjoyable to sing together. And I hope it gives people some new perspectives on what’s possible with devotional music.

Baha’i Blog: What’s something you’ve really learned on your musical journey so far?

One of the most useful things I’ve learnt is the value of consultation in a creative process. Through working with Kelly as producer and all the other musicians, it has been amazing to discover how new creative ideas emerge – or existing ones improve – by simply talking through them with each other. Consultation is difficult to get the hang of but it’s such a useful tool. It’s like a musical instrument – the more you practice it, the more confident you feel with it.

I just want to say thank you to everyone who has supported this project from the beginning – to my family and all the friends who helped us out in those early days in America and to everyone who gave their support to the Kickstarter Campaign last year. We’ve truly made this album together.

Baha’i Blog: Thank you so much for taking the time to do this interview Luke, and congratulations again on your new album!

You can listen to songs from Year of the Nightingale as they are released on Luke Slott’s YouTube channel here, and find out more about Luke Slott and his work on his website lukeslott.wordpress.com, and on Facebook.