Navid Lancaster has produced an orchestral album in honor of the bicentenary of the Birth of the Bab, Prophet-herald of the Baha’i Faith. The official website for the bicentenary celebrations around the world, www.bicentenary.bahai.org, gives us glimpses of the diversity of artistic expressions that have flourished from all corners of the planet. We’re also really honoured when people reach out to us and tell us what they’ve been working on such as Navid and his album, The Gate. Here’s what he shared with us:

I am a film composer, sound designer and musician living in Trinidad and Tobago. I own a company called Lancast where I compose the emotions to award-winning films, video games, mobile applications and animation. Before that I worked in various recording studios for a few years and also worked in the Music Technology Lab at the University of Trinidad and Tobago (UTT). For twelve years I was also the leader and guitarist for the band Broken Mirroz where we played rock music and heavy metal. I have a Masters in New Media and Society and I’m also a techie.

Baha’i Blog: Could you tell us about your album ‘The Gate’?

The album consists of nine pieces each depicting events that happened during the Bab’s lifetime and is in chronological order from His childhood to His martyrdom. The music was created using elements of an orchestra, piano, steelpan and sound design. The album was released for streaming on Soundcloud on 27 October 2019 to commemorate the 200th Anniversary of the Birth of the Bab.

Baha’i Blog: What was the process like to put the album together? 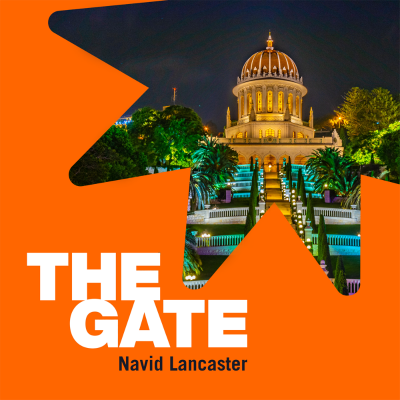 The album took a year and a half to create and started out when I upgraded my computer software and my music sample libraries. I wanted to hear the newest upgrades and composed the piece ‘The Gate’ which eventually became the title track for the album. I also created a music video using images of the Shrine of the Bab that went semi-viral on Facebook. The video got the interest of Lorraine Hetu Manifold who asked if I could compose a piece for the Australian Baha’i Choral Festival. That piece, ‘O Peoples Of The World’, made its world premiere at the Choral Festival this year.

Composing each piece for the album took a series of weeks as I really wanted to create music that will reflect the dignity of the Baha’i Faith, the excitement or tension of historical events and since I am from Trinidad and Tobago, introduce the steelpan, our national music instrument, into some of the pieces as well.

The best thing about putting the album together was that it was a great way to teach the Baha’i Faith through social media. For a year and a half people were able to see the album being created, in realtime, via livestream on Twitch TV. The saved livestreams were also uploaded as backup videos to one of my Youtube channels and snippets of each production video were uploaded to my Facebook, Instagram, Twitter, Whatsapp stories, Linkedin, Snapchat, and Ello accounts. The text that accompanied each video explained what the piece in the production was, the purpose of the album and if they would like to know more about the Baha’i Faith, to go to www.bahai.org

What I really like about this way of teaching is that as long as the videos are online anybody can see them and can easily investigate the Baha’i Faith further through our official website of the worldwide Baha’i community.

The album cover was created by my friend, award-winning Stack Designer, Anthony Phills, and it was also a great opportunity to teach the Baha’i Faith. He had not known about the Shrine of the Bab and was fascinated by the intricate design of the Shrine and the beauty of its gardens. He was also interested and asked questions as to the importance of the 9-pointed star, why the Shrine was built and what is the Baha’i Faith.

Baha’i Blog: What did you learn during the process?

There are a lot more ways of teaching the Baha’i Faith, on a long term basis, through social media. People can and will be more engaged when they have access to the behind the scenes documentation of a project and may even have a vested interest in seeing the final outcome especially if they can see the creation process in realtime. That form of engagement can give rise to teaching a potential worldwide audience about the Baha’i Faith

Baha’i Blog: What are you working on now?

Most of my projects are finished for the year and what I am doing now with clients are pre-production meetings in preparation of next year’s projects.

In terms of teaching the Baha’i Faith through social media I have created a series of one minute videos using the Hidden Words that will be distributed via Whatsapp stories. I had a test-run of the first ten videos via a local Baha’i Whatsapp group. After getting feedback I am now making adjustments and will be distributing the whole series via Whatsapp Stories and the videos will also be formatted for Instagram, Facebook and Youtube.

Baha’i Blog: Thank you so much, Navid, for sharing this with us.