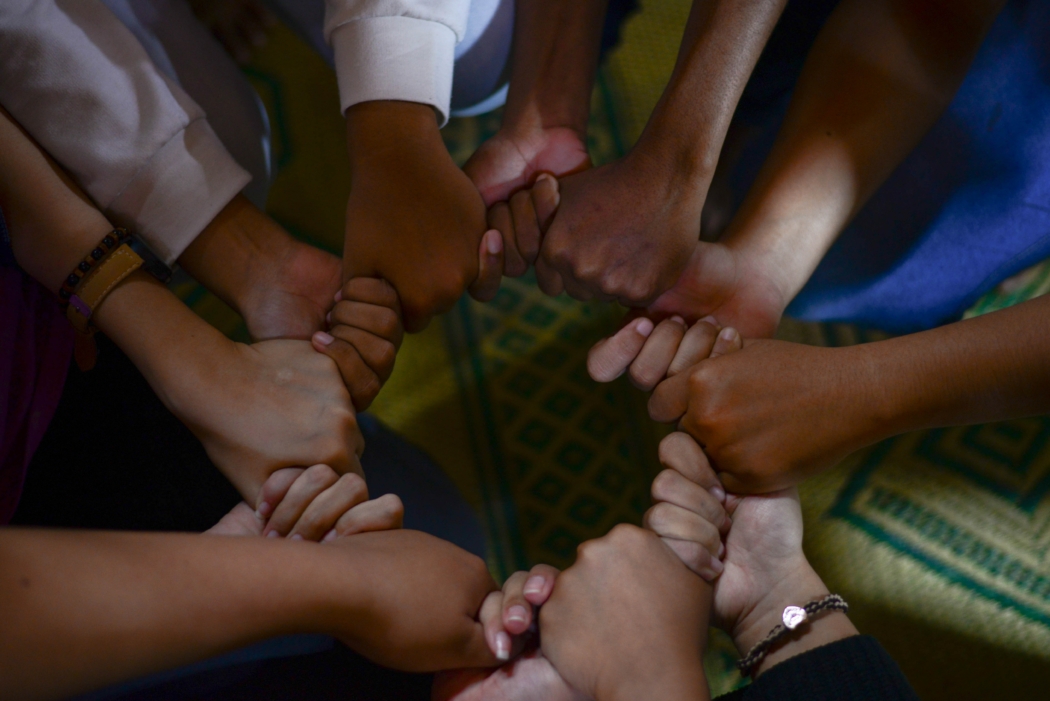 Moses, Jesus, Muhammad, Baha’u’llah. For Baha’is, these teachers are among a series of divine Messengers, and Their teachings share a spiritual basis. These divine beings’ human lives also share certain features. Nearly all divine messengers have been rejected by most of Their contemporaries, persecuted harshly, if not killed. But for these four, Their persecutions took a particular form: forced migration. They and Their families were pushed from Their native cities into perilous journeys.

Circa 1450 BCE: Moses led the Israelites out of enslavement in Egypt. According to the Old Testament, Abraham’s descendants—the early Jews—were oppressed by a pharaoh. Moses led them to freedom in the legendary Exodus. After a northward migration lasting decades, they arrived in the Promised Land, a Levantine region where they could develop their society under Mosaic law.

Dozens of generations later, Jesus was born into the Jewish community. Since it’s Christmastime, I’d like to ponder the role of journeying in His life at greater length. In the days before Jesus’s birth, Joseph and Mary traveled 40 miles north from their home in Nazareth to Bethlehem, where Joseph needed to pay a tax levied by the Roman emperor. 1 This tax law precipitated the couple’s famous search for lodging. After Jesus’s birth, Joseph and Mary fled their homeland with Him to escape Herod’s tyranny, after receiving warning of his plan to kill Christ. 2 With an infancy marked by forced migrations, Jesus’s life also ended with involuntary movement, as His captors paraded Him through the streets of Jerusalem toward Calvary. For Jesus’s followers, these journeys are sacred, and some denominations commemorate them with annual reenactments, dramatizing Mary and Joseph’s search in Bethlehem with Posadas, and Jesus’s Passion in Jerusalem with the Stations of the Cross (Via Crucis).

Recently, I observed a “Binational Posada” in Mexico that spotlighted the similarities between the difficulties of international migration today and Joseph and Mary’s search for lodging two millennia ago. Many modern Christians draw similar parallels. For example, in 1952, Pope Pius XII wrote in Exsul Familia Nazarethana,

The émigré Holy Family of Nazareth, fleeing into Egypt, is the archetype of every refugee family. Jesus, Mary and Joseph, living in exile in Egypt to escape the fury of an evil king, are, for all times and all places, the models and protectors of every migrant, alien and refugee of whatever kind who, whether compelled by fear of persecution or by want, is forced to leave his native land, his beloved parents and relatives, his close friends, and to seek a foreign soil. 3

This year, some Christians are taking Christmas as a special occasion to recognize the plight of refugees. For instance, St. James’s Church in London recently installed 700 pieces of refugee clothing in its nave. 4 The discarded clothing calls to mind the displaced people who wore the items.

622 CE: Muhammad was forced from Mecca to Medina in a migration known as the Hijrah. Even before He left Mecca, some of His followers had departed to avoid persecution, and Islam had spread to Medina, hundreds of miles to the north. Threatened with assassination in His home, Muhammad traveled to Medina to lead the blossoming Muslim community there.

1853 CE: Baha’u’llah was banished from His native Tehran to Baghdad, Istanbul, Edirne, and Akka. In another article, I wrote about how Baha’is have been on the move for 164 years, from the beginning of Baha’u’llah’s exile onwards. 5 Forced migration, although originally intended to extinguish the religion, ultimately allowed it to spread westward. Our religion’s development testifies to the value of international movement.

Today, the same forces of disunity that resulted in the persecution of Moses, Jesus, Muhammad, and Baha’u’llah still displace people from their homes. Massive systems founded in intolerance and injustice drive individuals across borders in search of refuge. The difference is that now, humanity has the potential to replace these decaying systems on a global scale by implementing the teachings of justice, love, diligence, and harmony brought by our successive Teachers. In this season, when Baha’is may remember the advent of all God’s Manifestations, let us continue to illuminate the shared essence of every human being: we are all migrants, constantly and eternally, each moving forward day by day in our souls’ constant journey toward our Creator.

Layli invites you to read more of her essays on https://layli.net. She lives with her husband, Sergey, in Alabama, where she works at Auburn University. In moments when she’s not writing, she most enjoys taking strolls with Sergey, during which they admire the region's natural beauty, from its year-round verdure to its abundant bugs.

Thank you, very much, for your enlightening lesson on forced migration. I have to remind myself every day how blessed I am that God has enabled me to recognize Baha’u’llah and all those Divine Teachers who came before Him.
Baha’u’llah has told us “……. to prefer our neighbors to ourselves…..”.
And Abdu’l-Baha has given us the Prayer for America. My prayers are that all the citizens and leaders of this land, that was blessed by the presence of Abdu’l-Baha, to be compassionate towards the.downtrodden. The best way we can prove our love for God is strive to take actions of love towards the less fortunate. Alah’u’Anha!

Dear Layli, Thank you for your clearly written, well-researched and brief essay oon this timely topic. I’ve been wanting to compose something like this for a relative who is very focussed on the “danger” of any Moslem, migrant or not. Maybe your essay will help him gain a different perspective, so that he can give up some of his fearfulness. Marti

Jesus is the son of God, the rest were ordinary people who have a special gift from above given to them by His Father.